When it comes to police interaction with those who suffer from mental illnesses, the Cheektowaga Police Department is paving the way in Western New York. In May 2012, the Department created a Crisis Response Team which is patterned after the nationally accepted Memphis Model of Crisis Intervention Teams. Since the creation of the team, twenty-six (26) officers have received forty (40) hours of advanced training in dealing with those who are affected by mental illness. These officers are all NYS Certified Crisis Intervention Team officers.

The goals of the team include reducing the number of times officers involuntarily transport individuals under the Mental Hygiene Law, reducing the use of force against those with mental illnesses, avoiding unnecessary arrests of those suffering mental illnesses, and providing better care to those in need. These goals are being accomplished by partnering with local treatment providers and support agencies in the community and linking those in need with the providers. These partnerships include Crisis Services and NAMI Buffalo.

The Cheektowaga Police Department has received recognition for their work in this field:

The Crisis Response Team leader is Lt. Gould, who was recognized by the Department of Psychiatry, at SUNY at Buffalo. 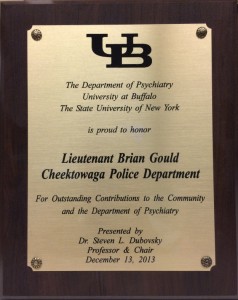 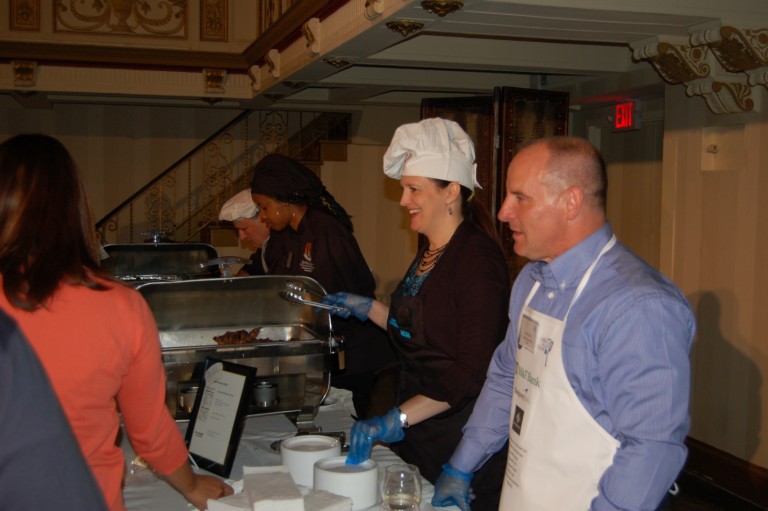 Chief Zack participating in the 2014 Men Who Cook event, a yearly fundraiser for Crisis Services.